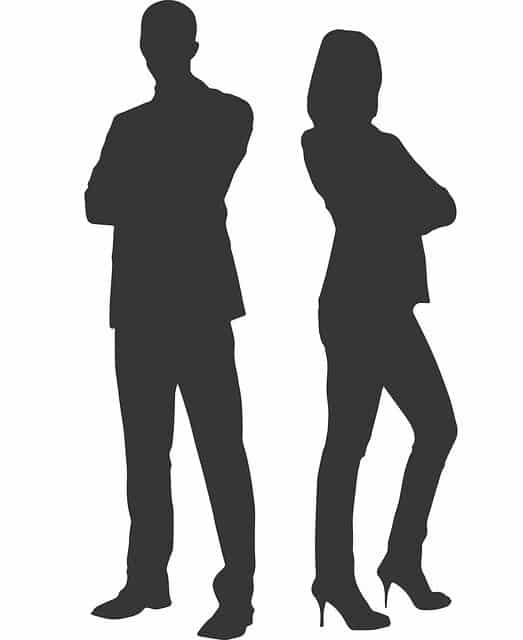 Either spouse can file a petition for divorce in California. When one party files the petition and serves the other party, the other party must file a response. If no response is filed, a default judgment is entered. The defaulted party can set aside the default judgment when he or she did not receive notice in order to defend the action. The set aside is made by filing a timely motion and must be accompanied by affidavits showing that no notice was received.

There are different stages in a dissolution, or divorce, case. If the parties do not settle their case on their own, the case will go to trial before a Family Law judge. After the trial, the judge makes an order, or decision.

The date of separation is important in divorce cases. It determines when the parties separate estate begins and when the marriage ends. The date of separation is determined when one spouse decides to get a divorce and takes actions that signal the finality of the marriage. The parties must reach a point in their marital relationship where there is an irreparable rift and either party’s words or actions demonstrate that rift.

In a legal proceeding for divorce, the court requires that each party provide full disclosure of their assets before the divorce is final. This full disclosure is in respect to both community and separate property in California. California Family Code Sections 2100-2013 requires the spouses to provide each other with a complete list of all assets and liabilities two times during the marriage. This is referred to as a disclosure. A declaration of disclosure is required by the spouses to prove that the list was provided to the other party. The first set of disclosures is required at the outset of the dissolution process and is referred to as a preliminary declaration of disclosure. The second set of disclosures is required before trial and is referred to as the final declaration of disclosure. Failure to completely disclose all assets may have dire consequence. When a disadvantaged party learns that the non-disclosing party did not disclose all assets in a divorce proceeding the disadvantaged party can move the court to address the award of that asset. The court then has the power to award the entire asset to the disadvantaged party. In addition, depending on the circumstances of the case, the court may order that the non-disclosing party pay the disadvantaged party’s attorney fees for bringing the motion.

Divorce proceedings can be broken into many segments. However, there are three main stages to a divorce proceeding. The first is the pre-trial. Everything from discovery to motions to temporary orders can be included in this stage. The second portion is the trial itself. After the trial, is the enforcement of the orders or the appeal of the trial judge’s decision.

If either party believes that there were mistakes in the law made by the judge during the trial, either party can appeal the judge’s decision. The appeal is then filed and argued in the appellate court. The appellate court will not overturn a trial court’s order unless the appellate court finds that the judge abused his or her discretion. In other words, the court needs more than conflicting testimony to determine that a judgment was made in error. The appellate court needs to find that there was an error in the application of the law or that no facts support the judgment. The right to appeal is based upon statute. If an appeal does not fall within one of the enumerated statutes, the appellate court does not have jurisdiction to hear the case. An order is appealable if there is no additional action that the court needs to take. In terms of the court’s decree, it is final. If there is future action that the court must do, then the order is not appealable.
When one spouse in a divorce action acts in a way that frustrates settlement or increases the cost of litigation, a judge may order that spouse to pay sanctions to the other spouse. In order to obtain sanctions, there must be notice. Usually notice is provided in a noticed motion. However, a noticed motion is not mandatory as long as reasonable notice is provided that sanctions will be sought. The requesting party must articulate the reasons for the sanctions and the request for the sanctions.

Even though a divorce may be filed in a property county, there are times when a divorce must be transferred from the proper county to another county. For instance, if one county finds that there are no judges qualified to act in a particular case. In that circumstance, Code of Civil Procedure section 397 allows the family court to transfer the case to a nearby county. If the parties agree to a particular county, then the court can transfer the case to that county. If there is no agreement, then the case is transferred to the nearest county.

There are three circumstances when a judgement for divorce can be set aside. The first is under Code of Civil Procedure section 472. In that circumstance, a judgment can be set aside if there was mistake, inadvertence, surprise or excusable neglect in the proceedings. Any motions under 472 must be filed within six months of a judgment. Family Code sections 2121 and 2122 allow a judgment to be set aside upon a showing of actual fraud. This motion must be made within one year of the judgment. The court also has equitable power to set aside a judgment based upon extrinsic fraud.

Sometimes divorce litigants desire to represent themselves in court. Self-represented litigants, are referred to as In Pro Per (short for propria persona). In English it is translated as “for oneself.” When a litigant is self-represented, he or she is bound to the same procedure, evidence, and law as those represented by counsel. If a self-represented person makes mistakes in law, the court will not allow the party time to re-do the case.

If you need a divorce attorney in the Orange County area to discuss a divorce issue such as child support, custody, spousal support and property division, contact Treviño Law. Conveniently located off of the 5 and 405 freeway at Lake Forest.

Please note that this blog is advisory only. Facts and circumstances may alter the divorce trial outcome. Please contact a family law attorney in Orange County to discuss your case in detail.

There are different stages in a dissolution, or divorce, case. If the parties do not settle their case on their own, the case will go to trial before a Family Law judge.

There are different stages in a dissolution, or divorce, case. If the parties do not settle their case on their own, the case will go to trial before a Family Law judge.