Transmutation of Real Property and Vehicles 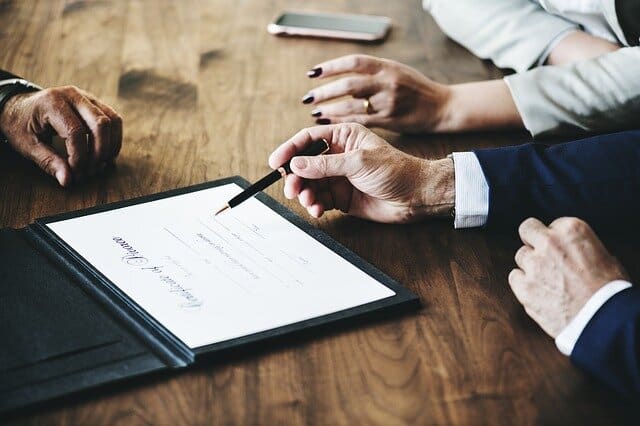 Transmutation of Real Property and Vehicles

The Estate of Everett L. Bibb, Jr, did not involve a divorce, but rather the process of taking a decedent’s estate through the court system. Decisions made in a probate court help interpret the family law code which is primarily focused on divorce issues.

Everett Bibb, Jr, passed away leaving a surviving spouse and a surviving son from his first marriage. His first wife passed away before he remarried. During the marriage to his first wife, he purchased land and constructed an apartment building on it. After his marriage to his second wife, Everett applied for a loan to renovate the apartment building. In order to qualify for the loan, Everett signed a grant deed conveying the property to himself and his second wife. Everett also purchased an automobile before he married his second wife. After marriage, the couple used joint funds to make payments on the vehicle. After Everett passed away, his second wife registered the vehicle in her name and signed an affidavit terminating joint tenancy taking the real property in her name. She then filed a petition for probate. Everett Bibb’s son filed a petition to determine the ownership of the real estate and the vehicle.

The son challenged both the ownership of the real property and the vehicle stating that neither asset had the requisite language to transfer the property from his father’s separate property to the couples community property. The family law judge ruled that the real property and the car purchased before the decedent’s second marriage were properly transferred to the second wife. The court awarded the second wife both pieces of property. The son appealed the decision.

The First Appellate District Court discussed the rules in regards to transmutation of separate property to community property. California Family Code section 852 requires a written express declaration of transfer which is consented to by the adversely affected spouse. Everett’s son argued that the deed was not an express declaration of transfer. The court, however, reasoned that section 852 does not delineate which words must be used to determine that a transmutation has occurred. However, it must be clear from the document itself that the adversely affected party knows the legal consequences of his or her signature. In order to qualify as a transfer under the statute, there must be a writing coupled with a clear intent to transfer the property interest. The court stated that the grant deed clearly satisfied the requirements of section 852, because on its face, there was “a clear and unambiguous expression of [an] intent to transfer the real property.” The use of the word, “grant” clearly evidences a desire to transfer the property.

The vehicle, however, was not properly transmuted. The only evidence of a transfer was a DMV printout which showed that the vehicle had been re-registered in both Everett and his second wife’s name. Neither party signed the document. Although the Vehicle Code states that if a car is held in two person’s names it is presumed to be held in joint tenancy, the court held that the specific presumption of undue influence in transactions between married persons overrides the title presumption. The fact that the DMV printout does not contain precise language evidencing a transfer, renders the property the separate property of Everett.

FC 852(a): A transmutation of real or personal property is not valid unless made in writing by an express declaration that is made, joined in, consented to, or accepted by the spouse whose interest in the property is adversely affected.

If you need a divorce attorney in the Orange County area to address the transmutation of separate property to community property in the dissolution of a marriage or any other divorce matter such as legal separation, annulment, child custody, spousal support or property division, contact our law office located in Laguna Hills at 949-716-2102. Conveniently located off of the 5 and 405 freeway at Lake Forest.

Please note that the posting of this information does not constitute legal advice for a divorce in Orange County. Facts and circumstances of the dissolution proceedings may alter the required action and analysis in any given family law case.