Annulment of Marriage in California

Home » Annulment of Marriage in California 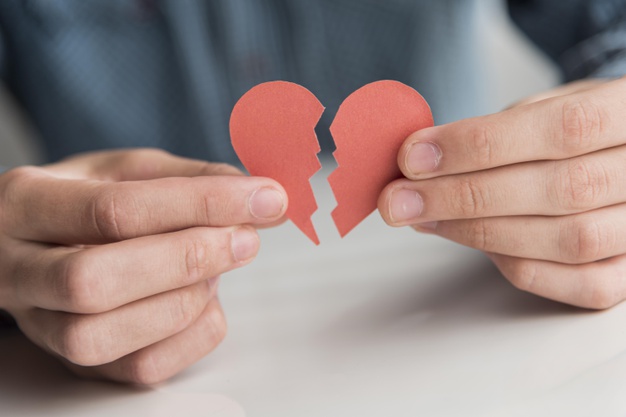 Annulment of Marriage in California

What is an Annulment?

Annulment is a process that couples can do to end their marriage. This can be done using one or both types of annulment: civil and religious. Religious annulments are only recognized by the Catholic church according to canon law, and the couple will continue to be recognized by the law to be married unless they get a civil annulment as well.

Similar to annulments, divorce also ends marriages, albeit in a slightly different legal context. When a couple gets annulled, it invalidates their marriage, as if their marriage never existed in the first place- the marriage is considered null and void. While in cases of divorce, their marriage is dissolved so it will have still happened, it just ended.

Annulments are most similar to fault-based divorces in that there have to be sufficient grounds on which the annulment is based on.

What are the Grounds for Marriage Annulment?

There are many grounds for filing an annulment with each having respective statutes of limitations that are essentially time limits for the duration that those grounds are valid.

If the couple finds out that they are related by blood, they can file for an annulment. Incestuous marriage is a valid reason to get annulled as long as both spouses are alive.

Either spouse can file for annulment if at least one spouse is not of legal age (18 years) during the marriage. However, this right is waived once the underage spouse turns 22.

Bigamy is when a married person gets a second marriage while his first one still stands. A person already legally married to someone else is prohibited to marry again- this is a valid reason to get annulled. This ground for annulment is valid as long as the first spouse is still alive.

When a person gets married, he must be mentally sound which means he understands what being married entails, including the duties and obligations involved. If at least one of the spouses is of unsound mind, which can be brought about by mental illness or severe intoxication, the marriage can be annulled. In cases where the incapacitated spouse cannot file for annulment himself, a relative or conservator can file on his behalf.

No Consummation of Marriage

A couple is deemed not able to consummate the marriage if they could not have sexual intercourse due to “incurable physical incapacity” or impotence which was not disclosed before the marriage. Annulment on the grounds of the inability of a spouse to consummate a marriage due to impotency must be filed within four years of getting married. 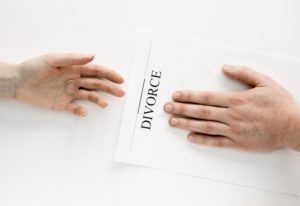 Fraud and misrepresentation occur when one spouse purposefully withheld essential information from the other spouse that should have been disclosed including having children and having significant debt. It is also considered fraud if one spouse persuaded the other spouse to get married with an ulterior motive like gaining citizenship. This has to be filed within four years of discovering the fraud. Otherwise, the right to file is waived.

Coercion is when one spouse forced the other to get married. This has to be filed within four years of getting married.

How to File for Annulment

The necessary forms for annulment are the same papers used for divorce, you just have to tick the box for annulments (nullity). As an annulment case, you would have to give proof of the grounds you’re filling annulment for, which could be tedious and, if insufficient, would be deemed invalid. If this happens, your only choice might be to file for divorce, which would involve filling out new forms.

Alternatively, you could tick both the annulment (nullity) and divorce (dissolution) boxes on your first form and write beside the dissolution box “in the alternative” so that in case your annulment does not push through, your case will automatically shift to a divorce case without having to fill out new forms.

The forms you’ll need are:

If you have children 17 years old and below, you’ll also need:

Make sure to produce two copies of the form on top of the original- the original will be for the court while you and your spouse will receive one copy each.

Some courts have family law facilitators and self-help centers that help with annulments. You can ask them to review your paperwork so that you know that you’ve filled out your forms properly.

Alternatively, you could talk to one of our Orange County, California Family Law attorneys. They can advise you about the annulment process and guide you in filling out forms.

Once you have completely filled out your forms, you can take them to the court clerk to be filed. This process is also known as a petition for divorce or first appearance. You will have to bring the original as well as two copies. The clerk will take the original and stamp the two copies before giving them back to you. You will also have to pay a filing fee; if you cannot afford it, you can ask for a fee waiver.

At this point, you may also get the judge to make temporary orders regarding bill payment, child or spousal support, as well as protection from domestic violence. If you wish to do this, there are respective forms for each request.

Serving is the act of notifying your spouse that you have started filing for an annulment. Your spouse must have been served before the judge can make orders or judgments regarding your annulment.

A legal server is someone who is 18 or older and is not you. It can be a friend, a relative, the county sheriff, or a process server. The server must give your spouse a copy of all the papers you filed (excluding fee waivers), a blank response form (Form FL-120), and a blank UCCJEA (Form FL105/GC-120) if you have children.

These items can be hand-delivered (personal service) or through the mail with a Notice and Acknowledgment of Receipt-Family Law (Form FL-117). The mailer must be someone 18 or older and not involved in the case (it cannot be you).

If your spouse does not sign, date, and return the Form FL-117, you must serve him the forms again.

Once the required forms have been served, you must present to the court the proof of service which includes a Proof of Service Summons filled out by your server and Notice and Acknowledgment of Receipt-Family Law. These will be filed with the court clerk as well. Also, make sure to keep a copy of the documents for yourself.

You will then attend a court hearing where you will explain to the judge why you want your marriage to be annulled. Your spouse can also attend this hearing and bring up objections.

Once you and your former spouse have gone through this process and been approved by the court, your formerly valid marriage contract will then be void marriage. You will once again be free to marry anyone. However, there are a few things you will have to know regarding the effects of annulments.

When you had your voidable marriage annulled, it will be like your marital relationship never happened and you were never married. Unlike if you get a divorce process, this means that your former spouse or partner will not be allowed to seek alimony and vice versa.

Your debt and property division won’t be split evenly either, you will only get to take with you what was already yours when you entered the marriage. You will also have to waive the right to receive spousal survivorship benefits like inheritances.

Going through the legal separation of divorce or annulment is not easy. It is not just a simple annulling of a legal marriage, but also a sacramental dissolution of marriage and a relationship and marriage between two partners in life. This is why it is important to study the divorce decree well so that you know for sure if separation is what you want, and how you should go about it.

If you have any more questions or want legal advice about the legal process of the dissolution of marriage, annulment, getting a divorce, grounds for divorce and annulment, life after divorce, or the family court, don’t hesitate to contact an Orange County, California family law attorney at Trevino Law, an Orange County CA family law law firm.

PrevPreviousCommon Questions About Getting Divorced in California
NextCalifornia Domestic PartnershipNext