Lawsuits are already stressful by themselves. Litigation in the US can be taxing and costly. Even if you win, you often incur significant damages from all that time spent in court or with your attorney, as well as all the expenses involved. And then some people take the time to bring people to court again and again for ridiculous or even malicious purposes!

The US legal system values justice. It lets people file lawsuits to compensate and redress any harm done by another person. However, if a person sues without any practical result coming from this legal action, then it counts as vexatious litigation. Litigation can also be counted as vexatious when a person files groundless lawsuits over and over despite losing repeatedly.

A vexatious litigant is a person who starts a lawsuit maliciously with no probable cause. This person probably isn’t acting in good faith and seeks to cause annoyance or embarrassment for you.

In this article, we’ll elaborate on what vexatious litigation is according to California law. If you’ve been sued by a vexatious litigant, you may sue them for malicious prosecution, making them pay damages for injuries and expenses that occurred from the original lawsuit. If you need legal assistance, call our experienced Orange County attorneys to learn more! 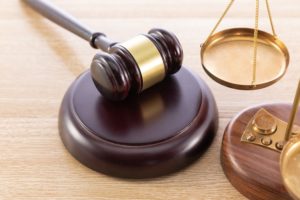 Vexatious litigants come in many forms. Maybe they’re just addicted to litigation. It could be that they’ve truly convinced themselves that they’re in the right in their disputes and will use any excuse to sue their opponent. Whatever the case, the people defending themselves from these repeated lawsuits don’t have a choice but to take them on and lose time and money over these cases.

The legislature does recognize this abuse of process, making both the court and the defendants waste resources. With that, certain laws were put in place and upheld to make cases involving vexatious litigants more difficult.

The right to use the legal system is a treasure. Even if a person is treated as a vexatious litigant, they can still make use of our court system, under strict court rules and restrictions.

Code Civ. Proc. § 391(b) defines what a vexatious litigant is. Take note that most of these assume that they are litigating in propria persona, meaning they represent themselves. Other legal terms you may encounter include “pro se litigant,” which simply means they’re not represented by a legal professional. Self-representation is possible in the practice of law, after all.

Below is how California defines a vexatious litigant. We’ve included a paraphrased version with less legalese immediately after.

Under Code of Civil Procedure section 391(b), a vexatious litigant is a person who does any of the following:

In other words, you can call someone a vexatious litigant if:

Note that the Judicial Council of California keeps a list of those deemed vexatious litigants.

Of course, if their litigation does have merit, the presiding judge or justice should still allow it to proceed. The judge can also order that the plaintiff furnish security for the defendant.

Is a Prefiling Order Permanent?

What can a Defendant do against a Vexatious Litigator?

If the court does determine that they are a vexatious litigant and that they have no chance to prevail in their case against the defendant, then the court will order the plaintiff to furnish security for the defendant.

If the court determines that the litigation was only filed to delay or harass, then the case would be dismissed. This only applies if the plaintiff originally had legal counsel when the case was filed, but their attorney had withdrawn afterward.

Access to courts is access to justice. It is a right that Americans enjoy and is not easily restricted. Some people abuse this right, using any opportunity to litigate a person to the point of harassment. It takes clear evidence to classify a person as a vexatious litigant who abuses legal proceedings, making a defendant suffer to briefs and hearings over and over and costing them thousands of dollars.

The courtroom is a battleground and rules of court are the rules of engagement. A legal professional is the best person to make sure that a civil case filed against you by a vexatious litigant doe not prosper. If you’re a resident of Orange County and need legal advice in the matters of family law, it’s best to talk to our attorneys at Treviño Law, Inc. Our attorneys are experienced in the issues of child support, custody, transmutation, or property division.